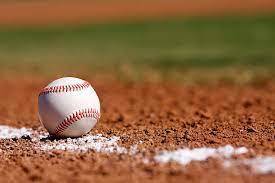 Eisenhower Eagles Varsity watched the game slip away early and couldn't recover in an 11-4 loss to Duncan Demons on Monday.  Duncan Demons took the lead on a single in the second inning.

The Eisenhower Eagles Varsity struggled to put runs on the board and had a tough time defensively containing Duncan, giving up 11 runs.

Duncan opened up scoring in the second inning, when #2 singled on a 0-2 count, scoring two runs.

Eisenhower Eagles Varsity notched four runs in the sixth inning.  Caiden Smalls and AJ Elkouri each had RBIs in the frame.

#15 toed the rubber for Duncan. The fireballer went four innings, allowing zero runs on two hits, striking out nine and walking one.

Justin Strickland was on the pitcher's mound for Eisenhower Eagles Varsity. The pitcher surrendered five runs on four hits over three innings, striking out one.  Charlie Trachte and Ross Booker entered the game from the bullpen, throwing two innings and one and two-thirds innings respectively.

Duncan racked up seven hits.  #9 and #13 each collected multiple hits for Duncan.