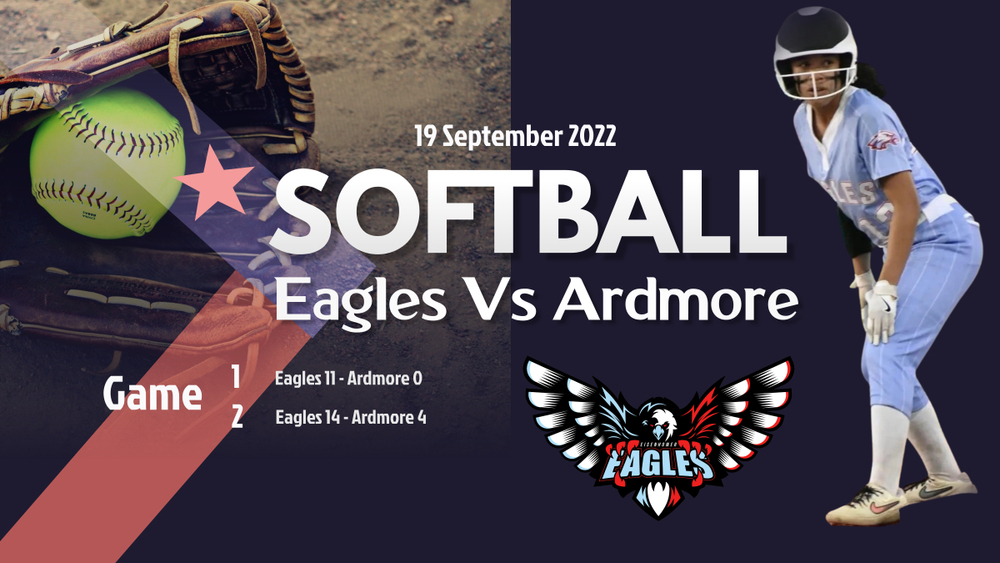 With Jennaye on the Mound, Eisenhower Eagle Softball shuts out Ardmore.

Jennaye Williams threw a gem on Monday for Eisenhower Varsity Eagles, allowing zero runs and besting Ardmore by a score of 11-0

In the first inning, Eisenhower Varsity Eagles got their offense started.  Kourtney Knutson lined out, scoring one run.

Eisenhower Varsity Eagles tallied four runs in the fifth inning.  The rally was led by fielder's choices by Knutson and Aamiyah Roberson and a single by Kennedy Huskey.

One bright spot for Ardmore was a single by Bree Coronado in the fourth inning.

Addie Wolf started the game for Ardmore. The hurler lasted three innings, allowing eight hits and seven runs while striking out one

"Powered by Narrative Science and GameChanger Media. Copyright 2022. All rights reserved." Any reuse or republication of this story must include the preceding attibution.